Reflecting on my 38 years of coaching, I look back on coaching a wide array of athletes. Athletes come to our club for many reasons – to get fit, to learn proper running technique, to increase their power and speed, and also to build endurance. Sometimes they develop these skills so they can be stronger athletes in their other sports. Other times, they just want to focus on being the best runner, jumper, thrower they can be.Running is the cornerstone of all other sports. For example, the first quick steps required to be proficient in volleyball, basketball, baseball, soccer, hockey, ringette and ultimate – to name a few – can be in direct correlation with track and field and the skills learned while training with the club.Student athletes combine academics and athletics to work in unison. We have many athletes who have track and field as their number 1 sport.

Of these athletes, over 100 athletes have gone on to compete for the University of Manitoba Bisons. Many are scholarship athletes or have completed their degrees and have competed throughout their education.Some athletes have chosen to attend other universities in Canada to pursue their academic and athletic careers. We have had 12 athletes from Tough Track pursue their academic and athletic careers through NCAA Division 1 Scholarships in the USA collegiate system. Regardless of which path an athlete chooses, or for whatever their main goal of training is, Tough Track is based on Long Term Athlete Development (LTAD), a program I’ve customized over my many years of coaching. We provide athletes with the tools to grow and develop their skills and aid in their overall development and wellness as an athlete and individual.

Personal coach at the following: 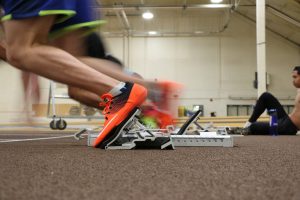